Pension cuts, school places and a new language available at GCSE? The snow’s melted and schools are open again, but the relentless cycle of education news never stops…

Oxford will now join other universities, including Cambridge, calling for a rethink to University UK’s proposed changes to their pension scheme. Vice-chancellor Louise Richardson said she would recommend a U-turn on the changes at a special meeting of the university’s governing body on Wednesday, after the move sparked strikes at 54 universities.

Protests at one of many universities

Universities UK have planned to change their pension scheme to one that is subject to changes in the stock market, which academics say will cost them an average of £10,000 a year in retirement. The strike, now in its third week, goes on, as students are also demanding refunds for tuition hours lost as a result.

One in three families in London will not be able to send their children to their preferred secondary school next year, down 2% from last year, as rising numbers of school-age pupils put pressure on classroom places across the south of England. But despite a 4% rise in applications, boroughs were still offering 93% of children a place at one of their preferred schools. The national data was published as research showed that families who made more school choices were likely to gain places at higher-performing schools.

Other local authorities in the south-east of England also saw rising a proportion of families not getting their first preference, including Essex, where first preferences dipped from 88% to 86%, and Kent. However, despite rising application numbers across the country, many authorities were also able to keep pace.

Women ‘pushed to the side’ in history lessons – Telegraph

History lessons are too focussed on men fighting on the battlefields while women are “pushed to the side”, a campaigner group has said, as they launch a new project to teach children about female pioneers. Virginia Crompton, chief executive of the Big Ideas Company, who will launch the project this week, said that teachers tend to concentrate on telling pupils about the “heroic narrative” of men on the battlefields, while overlooking the contributions of inspirational and pioneering women to the war effort. 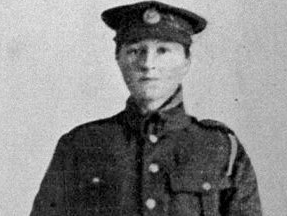 They aim to produce resources schools can use to teach about the unsung female heroes of WWI, such as Dorothy Lawrence, an aspiring journalist who smuggled herself to France, pretended to be a male soldier and served in the trenches publishing the account of her experiences in 1919.

In aiming to attract more part-time, working students, The University of London is to announce a fully-fledged undergraduate computer science degree, completely taught online. The course will cost £5,650 per year over three years, and follows a fall in student numbers umbers after the increase in tuition fees in England. The move follows the government’s review of tuition fees, and concerns about the high cost of university, with average graduate debts of more than £50,000.

Part-time student numbers fell by more than 40% after fees increased in 2012, and this has yet to be addressed. The university’s deputy chief executive, Craig O’Callaghan, says it expects to attract “people who are working and need a more flexible approach”.

Research by the National Deaf Children’s Society shows deaf children underachieve by up to 20% at GCSE compared to those with no identified special needs, and there is a pilot scheme ready to go, with the Department for Education refusing to give the go-ahead.

Minerva supports this idea, and can’t see how it would be that difficult to do – and you can sign the petition here.

Last week was World Book Day, with schools around the country hosting book readings, quizzes, story writing and all manner of other fun events to celebrate. Not to mention fancy dress in a lot of schools, with some teachers even managing to outshine the students (Guardian): 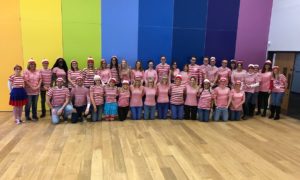 Think I spotted him