Are baseline tests for four year-olds a good idea?

New education secretary Damien Hinds wants to push forward with his predecessor’s plan for baseline tests for 4 and 5 year-olds in the first few weeks of reception. Minerva takes a balanced, even-handed look at why this is clearly a terrible idea.

The new baseline tests, it has been suggested, would begin in 2020 (after a trial in September this year), with Key Stage 2 being no longer compulsory as of 2023. They have already hit a major road bump, with education companies who could provide the assessments pulling out on the basis it could be ‘immoral’ to test such young children compulsorily. Early Excellence, who provide a popular baseline assessment used by 12500 early years education providers, will not be applying to deliver the government’s new proposed tests, due to the Department for Education’s ‘narrow ideological view’ and ‘astonishing ineptitude,’ in opting for non-observation based assessments, despite evidence supporting it. Ouch.

With Michael Gove as education secretary, the government already trialled voluntary baseline testing for reception students in 2015, but abandoned it when they were unable to find a consistent method. Which makes Justine Greening’s decision to resurrect a tried-and-failed idea (and Damien Hinds’ to continue with it), at the cost of another £10 million while in the midst of a major education funding crisis, even more absurd. And in 2015, teachers unanimously voted to boycott the new baseline tests for reception, showing approximately the level of support the idea has from within the sector. 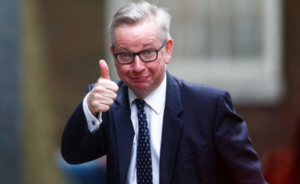 This idea restarted with Ofsted’s ‘Bold Beginnings’ report, looking at how a small handful of good and outstanding schools with above-average results for all students, including those who are disadvantaged, handled early years education. It concluded, in short, that reception children needed to be pushed harder in reading, writing and maths, in order to keep up with the increased demands of the national curriculum in later years (another Gove directive). Implicitly, this means less time for play, social development and child-led activities, despite their widely acknowledged benefits to young children.

Without knocking Ofsted’s credibility for being seriously inconsistent or providing little value to the taxpayer, we can also question their methodology. The ‘diverse range’ of schools they looked totalled only 41 (of over 20,000 in the country), specifically those that take a more formal approach, meaning that practically any conclusions drawn are from too limited a sample size to provide any meaningful results. It fails to mention tens and hundreds of other successful schools where reception is taught in a more varied, play-based environment, instead focusing on reading, writing, maths, literacy and phonics. Ofsted have been criticised by the group Keeping Early Years Unique for specifically choosing schools that were likely to help get the results it wanted, while ignoring hundreds of others. 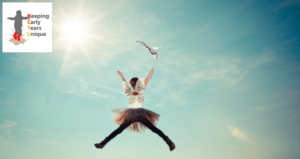 Ofsted: ‘Stop jumping, child! Take off those wings! Why aren’t you reading Proust yet?’

Moreover, no one in the report who worked in early years education advocated standardised testing across the country for reception pupils. Indeed, the government’s own Early Years Foundation Station (EYFS) handbook suggests that ‘Observational assessment is the most reliable way of building up an accurate picture of children’s development and learning’. Teachers added to this, highlighting the importance of assessments undertaken while teaching, such that they can be adjusted in the moment to meet children’s needs at the time. This, they argued, promoted better progress: to make a jump to ‘standardised non-observation based testing for all children in reception’ is ludicrous. Even though some of these schools did use a form of standardised testing for their students, it was as only one of several assessment methods designed to give an accurate, broad picture of a student’s development, while the new tests would (presumably) be used to measure all pupils across the country against each other, while undermining and de-professionalising the role of the teacher in doing these assessments.

This is without even touching on the fact that the UK is already the most examined country in the world when it comes to schools, being uniquely obsessed with league tables and national standards. The evidence does not point to this being the most effective way to educate, and these new baseline tests would simply be an extension of this failed ethos. Indeed, the most literate country in the world is Finland, has no national tests until the age of 16. New Zealand, Norway and Denmark also score highly for education, where children start school later and are subject to far less regular standardised Interestingly, the 2008 Primary Review, looking at primary education in 22 developed countries, found that educational alternatives in the UK, including Steiner-Waldorf schools and homeschooling, produce better academic success. The authors of this study note: “There has been a continuing concern about the quality and appropriateness of provision for four-year-olds in reception classes. It has been suggested that starting school at such a young age may be stressful for children.” That is only starting school – imagine the likely stress on small children – and parents – of throwing standardised testing into the mix. There’s no evidence to suggest it will raise standards.

This is before we have even looked at practical reasons why these tests are likely to be unfair, illogical, and drive social inequality:

Research from Durham University is clear that the impact of early years education is crucial, and related to success as far as GCSE level, but there’s nothing to suggest standardised testing at reception level – with results not even provided to teachers – is the solution. In the 2015 trial, observation of students proved the most popular method, so abandoning it now seems mad.

Neil Leitch, chief executive of the Pre-school Learning Alliance, said it was disappointing that the government had chosen to revive baseline assessments at the start of primary schooling.

“No one is arguing against the value of early assessments – but narrow, reductive baseline testing is not the solution,” Leitch said. “Such tests not only often produce unreliable results, they also risk placing undue pressure on young children at the very start of their educational journeys.”

Kevin Courtney, joint leader of the combined National Education Union, said the new tests would be a waste of time, energy and money.

“We will work alongside parents and education professionals to stop the introduction of the reception baseline assessment and multiplication table check, and to replace the present broken system with one which will support schools to deliver the best education for every child,” Courtney said.

Mr. Courtney’s position is supported by huge numbers of fellow education professionals, teachers, parents, early years experts and child psychologists. An open letter from the group Keeping Early Years Unique (which has come out condemning the government’s plan) states: ‘It is a potential disaster for early years education that these child-led, play-based, individualised approaches [at other schools] have not been fully recognised or valued in the ‘Bold Beginnings’ report.’

Early years education is incredibly important to long-term development. There may be a case for some form of effective, teacher-led, observation and play-based assessment of children when they start school, or over the course of their first few months. One that would make teachers’ lives easier, and allow them to design a curriculum that promotes learning. But baseline tests in their proposed form only stand to add greater stress to the lives of parents, teachers and children, drive inequality and narrow the curriculum, while ignoring the views of experts. If you would like to sign the petition against the introduction of these tests, you can do so here, or add your name to the open letter from Keeping Early Years Unique here.