What can we expect from new Education ministers?

New year, new cabinet… Justine Greening’s out as education secretary, Jo Johnson’s been ‘demoted’ from his position as Universities minister, and there’s a new Office for Students (which, thankfully, will not include Toby Young). So what does it all mean for schools and universities?

Well, Justine Greening quit her role in the government, refusing a job as work and pensions secretary, and Jo Johnson has been demoted to Department for Transport.

Greening has been replaced by Damien Hinds, who was Employment minister for the Department for Work and Pensions. Greening’s resignation comes just one month after launching the government’s social mobility strategy. In her statement, she said:  “Social mobility matters to me and our country more than a ministerial career… I’ll continue to work outside of government to do everything I can to create a country for the first time that has equality of opportunity for young people wherever they are growing up.” Greening was the first Conservative education secretary to have been educated at a comprehensive school, and Lib Dems leader Sir Vince Cable believed she’d been “pushed out” – a reflection of May’s failed education policy.

Hinds lists his political interests as education, welfare, affordable credit and social mobility, with a special interest in faith schools, and the admissions rules that apply to them. Hinds studied PPE at Oxford, after attending a Catholic grammar school, and there’s mutterings that he may be more amenable than Greening to May’s (abandoned) flagship education policy to open new selective grammar schools. Whatever happens, he’ll have his hands full with a department that has been a huge weakness for the current government. The BBC has compiled a list of the five biggest issues facing the new education minister. How long will the smile last, we wonder?

There’s no doubt that the failings over education cost the Tories significantly at the last election, with it ranking as one of the most important issues for voters. Likewise, the youth vote turned out enormously for Labour’s Jeremy Corbyn, and his promise of free university tuition, abandoning the Conservatives after seeing tuition fees rise, alongside interest repayment rates. 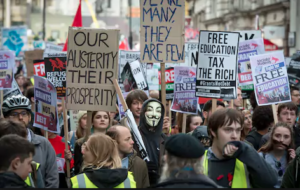 Students haven’t been loving the Tories of late

Hinds will also have to deal with the teaching crisis, after teachers have seen their pay fall by 12% in ten years, and teaching ranking among the most stressful career paths for graduates. The government has missed its teacher recruitment targets for five years in a row, while retention is also a massive issue. His predecessor Greening successfully built bridges with the teaching profession, and Hinds will have to find solutions fast. Geoff Barton, leader of the ASCL head teachers’ union, said he was disappointed to see Ms Greening’s departure. “She has tried hard to tackle the school funding crisis, without any help from the chancellor or prime minister,” said Mr Barton.

Like Greening, Hinds also values the importance of social mobility, and may look to invest more in early years education (before the gap widens as children age), and encourage the best teachers to move to struggling schools in disadvantaged areas. May initially made social mobility a key part of her government’s mission, but has so far failed to deliver anything beyond empty rhetoric; Hinds will have to find a way to turn that into positive results.

Hinds will be working alongside Sam Gyimah, who has been made Universities and Science Minister for England in Theresa May’s government reshuffle. Replacing Jo Johnson, Mr Gyimah’s role straddles the Department for Education and the Department for Business, Energy and Industrial Strategy

Like Hinds, Gyimah is also a graduate of philosophy, politics and economics at Oxford. He has been the MP for East Surrey since 2010, worked for Goldman Sachs for five years before joining politics, and was previously the prisons minister. As a campaigner for Britain to remain in the EU, it will certainly be interesting to see how de heals with the question of international students, and the threat that Brexit poses to the UK universities sector. 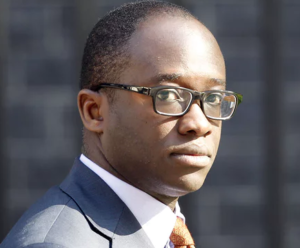 Dame Janet Beer, president of the umbrella group Universities UK, said she looked forward to working with Mr Gyimah “to develop policy that supports universities to maximise their positive impact on the economy, society and students”.

“The promised review of tertiary education funding in England and establishing the new regulatory framework and Office for Students will likely be top of the new minister’s in-tray,” she said.

“Improving post-study work visas for international students, supporting universities’ role in promoting social mobility and securing our long-term participation in the European programmes Horizon 2020 and Erasmus+ should also be priorities.” And that’s before touching on the ongoing student loans fiasco, which has seen students graduating with upwards of £50,000 debt, absurd interest repayment rates, student loans overpaid by £50 million, and awful value for money in their degrees. Jo Johnson set up the OFS, which is designed to ensure students get value for money and are treated fairly by the university system, though it is Gyimah who will oversee its inception.

Mr Gyimah will have his work cut out overseeing any significant changes to fees. There is no clear consensus in parliament or the sector on how to proceed, and the current funding system is complex, unpopular, and has successfully been used as a political weapon by Labour Party (and will likely to continue to be). On top of this, there’s the been the recent media furores over vice-chancellors’ pay, no-platforming, and grade inflation, making Mr Gyimah’s job look even more fiendish.

We sincerely wish Mr Hinds and Mr Gyimah the very best of luck.